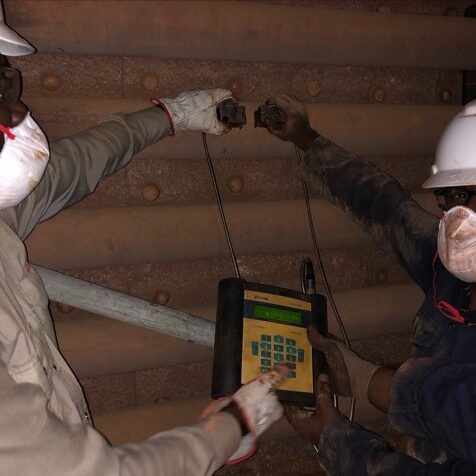 The Saline Water Conversion Corporation (SWCC) initiated a major project to upgrade the performance of its metering systems at key points within the production-transmission-distribution network. These key points, designated connection points, represented locations where there was a change of ownership of the water being transported. They were now acting as custody or fiscal measurement points with the meter data to be used for billing purposes.
Metering needed to meet specific standards, including the Seawater Desalination Code and OIML R49. Accuracy and confidence in data was vital in order to prevent disputes between the parties. Previously there had been an uncoordinated approach to the up-grade of the measurement system so the actual meter performance at each point was not known.

As part of the bid proposal, ACC recommended that detailed site audits be performed to assess the proposed connection point, identify any instrumentation and other infrastructure already in place, and determine whether it complied with the requirements of the applicable standards.
This was seen as particularly important given the high cost of flow meters and isolation valves at the larger pipe diameters (DN1500 to DN2400) found at many of the connection points.

A detailed site check-list was prepared, designed to capture the information necessary to determine the existing measurement capability at each location and its compliance with the requirements of the applicable standards.
The written data was complimented by photographs and video footage taken at each location.
Based on the site data an assessment was made regarding the suitability of the existing meter, valve etc.

The retention of compliant flow meters and valves delivered various benefits. Saving the purchase cost was an immediate and obvious benefit, particularly for the larger diameters where meters and valves can be several hundred thousand Riyals. But by retaining the equipment in place could also save costs associated with the installation process. Where all requirements of the Seawater Desalination Code were met by the existing connection point configuration, the need to shut the system down was also eliminated.
Category: Case StudiesOctober 11, 2019
Share This Project
Share on FacebookShare on Facebook TweetShare on Twitter Pin itShare on Pinterest Share on LinkedInShare on LinkedIn